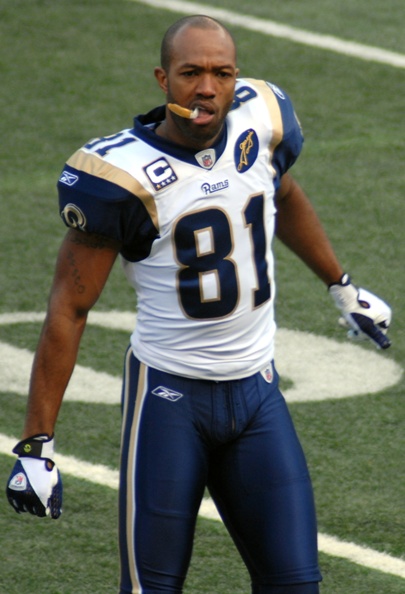 Unlike most receivers of his day, who chose to play 15 or more seasons in the NFL even though they had lost a step those last few years, wide receiver Torry Holt decided to go out on top, ending is excellent career at the rather young age of 33.

Torry Holt was selected by the St. Louis Rams with the sixth pick in the 1999 NFL Draft, making him the first receiver to be selected. Holt was slated as a top 10 pick by most NFL scouts due to his productive college carer at North Carolina State where he broke a handful of team records and was named a consensus All-American as well as ACC Offensive Player of the Year for his senior year performance that included 88 catches for 1,604 yards and a school record of 16 touchdowns.

Although Holt did not enter the best situation for a wide receiver, the Rams had just finished their 9th consecutive losing season with a 4-12 performance in 1998, he was paired with one of the best receivers in the NFL in Isaac Bruce. Expectations for both Holt and the Rams were low heading into the 1999 season and only worsened when starting quarterback Trent Green went down in the preseason, only to be replaced by Kurt Warner. Surprisingly enough, the Rams started the season on fie and only got better as the combination of Isaac Bruce, Torry Holt, Marshal Faulk and Kurt Warner came together to create the “greatest show on turf.” Holt had 52 catches for 788 yards and six scores his rookie year and played a significant role in the offense as the Rams capped off a 13-3 regular season by winning Super Bowl XXXIV against the Tennessee Titans. The following year Holt improve on his rookie campaign to the tune of 82 catches for 1,635 yards and six scores, an impressive enough performance to be named to his first Pro Bowl but not impressive enough to keep the Rams from being bounced in the wildcard round of the playoffs against the Saints after going 10-6 in the regular season. Fortunately, the Rams returned to form in 2001 and went 14-2 in the regular season, thanks in part to Holt’s 81 catch 1,363 yard season that saw him reach the end zone a career best 7 times. The Rams reached the Super Bowl for the second time in three years in their 2001 season but lost a nail biter to the underdog New England Patriots.

While the Ram’s struggled for consistency over the next few seasons Torry Holt just kept producing on the field, oblivious to the fact that his team was slowly falling apart around him. After a 91 catch 1,302 yard season was wasted on a team that went 7-9 and missed the playoffs because Kurt Warner was sidelined with an injury Torry Holt stepped it up a notch in 2003 and put up the best statistical season of his career. After Marc Bulger supplanted Kurt Warner as the starter the Rams went on a tear in 2003, posting a 12-4 regular season record thanks in large part to to Holt’s 119 catch season that saw the receiver pile up 1,696 yards and 12 touchdowns, both career highs. Unfortunately, the impressive run ended for the Ram in their first playoff game against the Carolina Panthers and former Rams backup QB Jake Delhomme.

Even though Holt caught 94 passes for 1,372 yards and 10 scores in 2004 the Rams were only able to go 8-8, though it was still good enough for a wild car berth against the Seahawks, which they won, only to lose against the Falcons in the divisional round. The 2005 season would prove to be the beginning of an ongoing streak in which the Rams failed to post a winning record but you wouldn’t be able to tell this by looking at Torry Holt’s stats. Even as the Rams slumped into bottom feeder status in the NFL Torry Holt continued to put up season after season of great production and continuing one of the most impressive runs by a receiver ever recorded. Holt dropped below 1,000 receiving yards for the first time since his rookie year in 2008 and after he requested a release from the Rams he signed on to play for the Jacksonville Jaguars the following season. With the Jaguars Holt caught 51 passes for 722 yards and no touchdowns, the lowest total of his career in all three categories. After 2009 Holt was released and signed with the Patriots but a knee injury ended his season well before it began and he decided to retire.