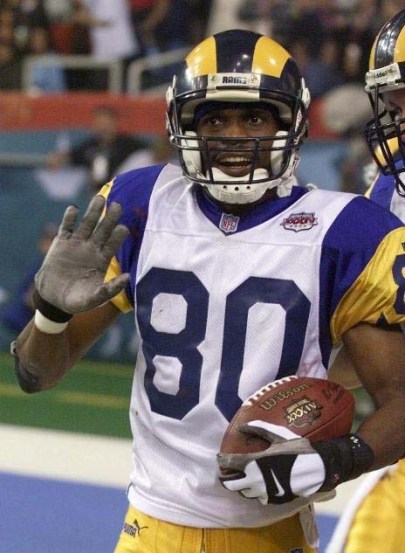 In the NFL record books under career receiving yards the first name you will see is Jerry Rice with his incredible 22,895 receiving yards, listed at a distant second is Terrell Owens with 15,934 yards and following close behind is rarely celebrated receive Isaac Bruce with 15,208 yards. Although he ranks in the top of nearly every career statistical category for receivers in the NFL Isaac Bruce generally garners very little attention as one of the best receivers of all-time. This is probably due to the fact that unlike most modern wide receivers Bruce had a relatively quiet career, he kept his mouth shut, stayed out of trouble and attracted very little attention, except from opposing defensive backs.

After a productive senior year at Dillard High School in Fort Lauderdale. Where he helped lead his team to a division title, Isaac Bruce spent the next two years bouncing around from college to college. By 1992 he finally settled in at the University of Memphis where he would compile a total of 113 catches for