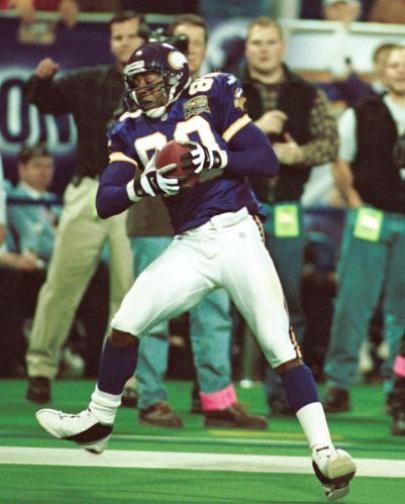 While Jerry Rice’s name may be at the top of most career NFL receiving stats, Chris Carter’s name usually isn’t very far behind. Like most athletes, Carter played in a variety of sports while in high school and was a highly sought after prospect for both college football and basketball programs. While he originally accepted an offer from Ohio State to play both football and basketball Carter decided to focus solely on football after his freshman year. By the end of his junior year Carter had become a certifiable star within the ranks of college football, having been named an All-American, making him the first All-American receiver in Ohio State’s history.