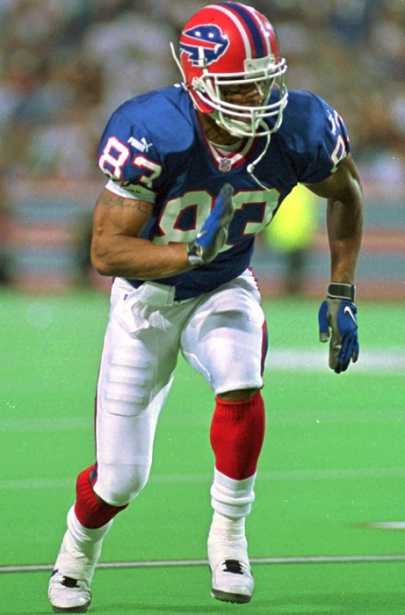 Despite the fact that he has been retired for over ten years and is arguably one of the most prolific wide receivers in the history of professional football Andre Reed has still not been inducted to the Pro Football Hall of Fame. Reeds admission to the Pro Football Hall of Fame has been blocked for several years by a handful of more deserving receivers such as Jerry Rice, Tim Brown and Michael Irvin who were admitted to the Hall of Fame ahead of Reed. Unlike most wide receiver in the NFL Andre Reed didn’t have a period in his career where he put up a large portion of his production, nor did he ever have a back to back 1,000 yard seasons. In fact, Reed didn’t really have many 1,000 yard seasons at all, his total of four such seasons is hardly impressive when compared to other receivers of his time. What he did have that allowed him to rank in the top 12 in terms of career yardage